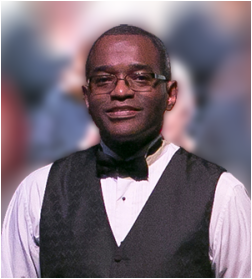 Artistic Director, Leroy Pressley
Leroy Pressley is a retired public school music teacher for the state of Maryland. As an educator, Mr. Pressley has received numerous awards including the Golden Apple teacher award for Excellence from St. Mary’s County Board of Education, Exemplary Teacher award from Charles County Public School system, as well as Outstanding Music Teacher of the Year award for the Southern Region of Maryland.

Mr. Pressley is no stranger to conducting. He has conducted St. Mary’s Musica, a community ensemble, as well as the Adult Wind Ensemble and the Recreation and Parks Community Chorus.  He is also the founder of St. Peter Clavier’s Gospel choir in St. Mary’s County. As a guest conductor, Mr. Pressley has performed with the Cosmic Symphony and the Chesapeake Choral Arts Society in their joint presentation of Handel’s Messiah (Part One).  He also conducted the Honors Choirs (Elementary through High School) for the Southern Maryland region as well as Baltimore County, the Eastern Shore and Washington DC.  Mr. Pressley’s musical theater credits include high school and community theater productions in Connecticut and Maryland and he has recently been serving as the music director of the Prince Georges Children’s Theater and Teen Performance Ensemble for Prince Georges County, Maryland.

Under the direction of Mr. Pressley his various choirs have performed in Florida, Maryland, Virginia, New York and Connecticut.  Their venues have included the 9/11 Memorial, the United Nations Embassy, the Maryland State House the Kennedy Center as well as the White House to name a few.

Mr. Pressley holds a B.A. In voice and music education from St. Mary’s College of Maryland and a M.M. in conducting from the University of Hartford, Hartt School of Music, Connecticut.

​As a lifelong resident of Charles County, Josh Cockerham is thrilled to be entering his third season as the Accompanist for the Chesapeake Choral Arts Society.  He began taking piano lessons when he was eight years old, and he is delighted by the opportunity to perform with such a talented group of musicians and singers in the Society.  In addition to his work with CCAS, Josh has provided accompaniment for eight musicals at Grace Christian Academy in Waldorf.  Among his favorites were Beauty and the Beast and The King and I.

Josh is actively involved in the music program at his church, Marbury Baptist, where he leads the church’s praise team and plays for its choir.  Josh is employed by the College of Southern Maryland as the Associate Director of Admissions.  He is also active in his community, serving on the board of directors for the United Way of Charles County.  In his free time, Josh enjoys attending baseball games with his family and interacting with the youth group at his church.  He earned his undergraduate degree from Liberty University in Lynchburg, VA, and resides in La Plata with his wife, Jessica, and their son, Caleb Joseph.

​To the bewilderment of the Army, Pete studied music theory/ composition and English poetry on an ROTC scholarship at Temple University. Following his short active duty stint in the Signal Corps, the Army funded Pete through Temple's law school (no doubt for a more respectable education), and he completed his military career as a JAG officer. After retiring from the Army, Pete worked as an attorney both in private practice for a few years, and then for 13 years in a nonprofit law firm assisting low-income and elderly clients.

While practicing law full time in and out of the Army, Pete stayed active in music by singing in local choral and church groups and composing small works for them. Following his Army retirement, her received commissions from the vocal ensembles Con Viva Musica, Heritage Singers, Washington Vocal Artists, and St. Maries Musica. Pete also received commissions from the Maryland-National Capital Park and Planning Commission for a choral piece for Prince George's County's Tricentennial Celebration and for 16 children's musicals for M-NCPPC's county-wide annual summer camp programs. In addition, he composed a score for a church musical. Two years ago, Pete was commissioned to write music for the College of Southern Maryland's original Pinocchio production.

Pete has sung at the Kennedy Center with the Paul Hill Chorale and Master Chorale of Washington. He and his wife, Pat, have been singing with the Chesapeake Choral Arts Society for the past 15 years. A few years after joining, Pete became composer-in-residence, and CCAS has sung 15 of is arrangements and five original works. He has also arranged four pieces for CCAS's MadriGals women's ensemble and five songs for its Our Three Tenors group. Pete now has a small part-time private practice as an attorney and is writing music for his 17th M-NCPPC children's musical, Charlie and His Not-So-New Shoes, which will premiere Summer 2018. 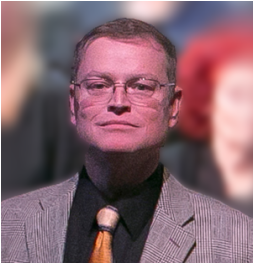 Director Emeritus, Michael K. Santana
A gifted and highly versatile teacher of vocal music, he received his Bachelor’s degree from Longwood University in music education with a concentration in voice and piano. He was formerly the Director of Vocal and Keyboard Activities at the Suitland Performing Arts Center and has served as organist and choir director with several churches in southern Maryland and Virginia. He currently is the choral director for Pilgrim Church United Church of Christ in Silver Spring and an adjunct professor at the College of Southern Maryland. He has a private studio in Waldorf where he teaches private lessons in voice and piano.